Sepulcher Axe in Assassin's Creed Valhalla (ACV) is a Dane Axe Weapon that can be wielded in either hand, and allows the player to attack enemies effectively. However, in order to wield a two-handed weapon in each hand you will need the skill: Heavy Dual Wield.

A heavy axe, said to have been thrown across the River Trent by Ivarr the Boneless in an effort cleave Thegn Leofrith in two. Subsequently given to Leofrith by  King Burgred as a token of fealty

Head south of Ledecestrescire where you'll find a crypt called the Offchurch that's guarded by enemies. Clear the area, follow the quest marker of Tilting the Balance, and head inside the crypt which is Burgred's hideout. Go straight and turn right at the end where you'll find a Skirmisher that's holding a key, kill the man and loot his body to find the Offchurch Door Key. Open the door that's on the right and you'll find King Burgred. Simply fight him and defeat him. Before you kidnap him, make sure to open the wealth chest inside the room to find the Sepulcher Axe. Click on the images to enlarge it. 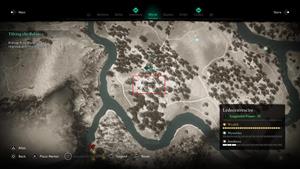 Location of the Sepulcher Axe on the map. 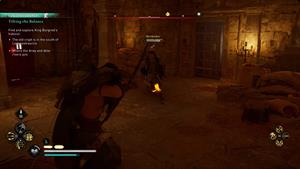 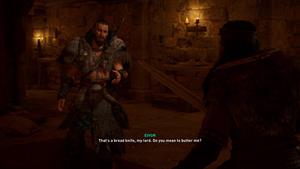 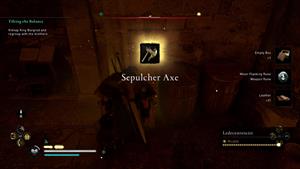